If two or more figures in equal measure or the same due to their shape, then this property is called as a similarity. When we magnify or demagnify similar figures, they always superimpose each other. Check the condition of similarity, similarity applications and solved problems in the following sections.

When two or more objects appear the same or equal because of their shape, this property is known as a similarity. When we magnify or demagnify similar figures, they always superimpose to each other. One of the examples is of two circles of any radii are always superimpose each other because they are similar. In the same way, the two squares are also always similar.

The SSS similarity criterion states that if three sides of one triangle are proportional to the three sides of another triangle, then they are similar. It means that those triangles are equiangular also.

The following triangles ABC, DEF are similar as their corresponding sides are proportional. 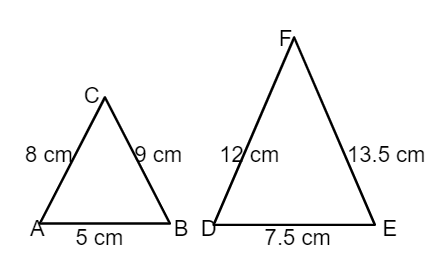 It states that if two sides of one triangle are proportional to the corresponding two sides of the second triangle, and the included angles are equal, then the two triangles are said to be similar. 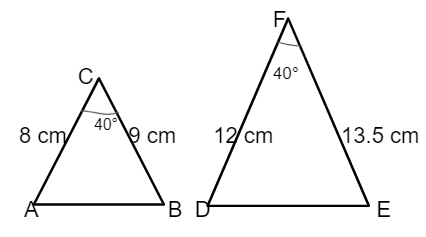 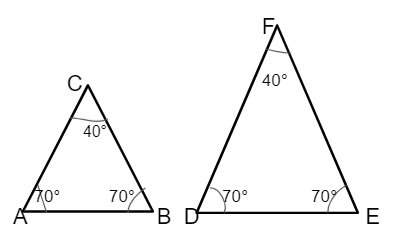 The applications of similarity are listed here.

The main difference between similarity and congruency are provided in the following sections. 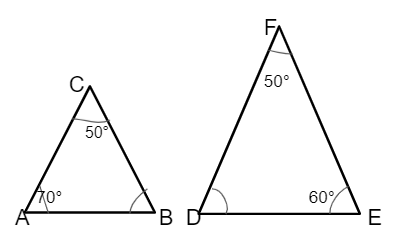 FAQ’s on Similarity of Triangles

1. What are the rules of similarity?

2. What is a similarity statement?

A similarity is a statement used in geometry to prove exactly two shapes have the same and are in equal proportion.

3. How is similarity used in real life?

The similarity is used in designing, solving the problems involving distance, height and etc.

4. What is the AA similarity theorem?