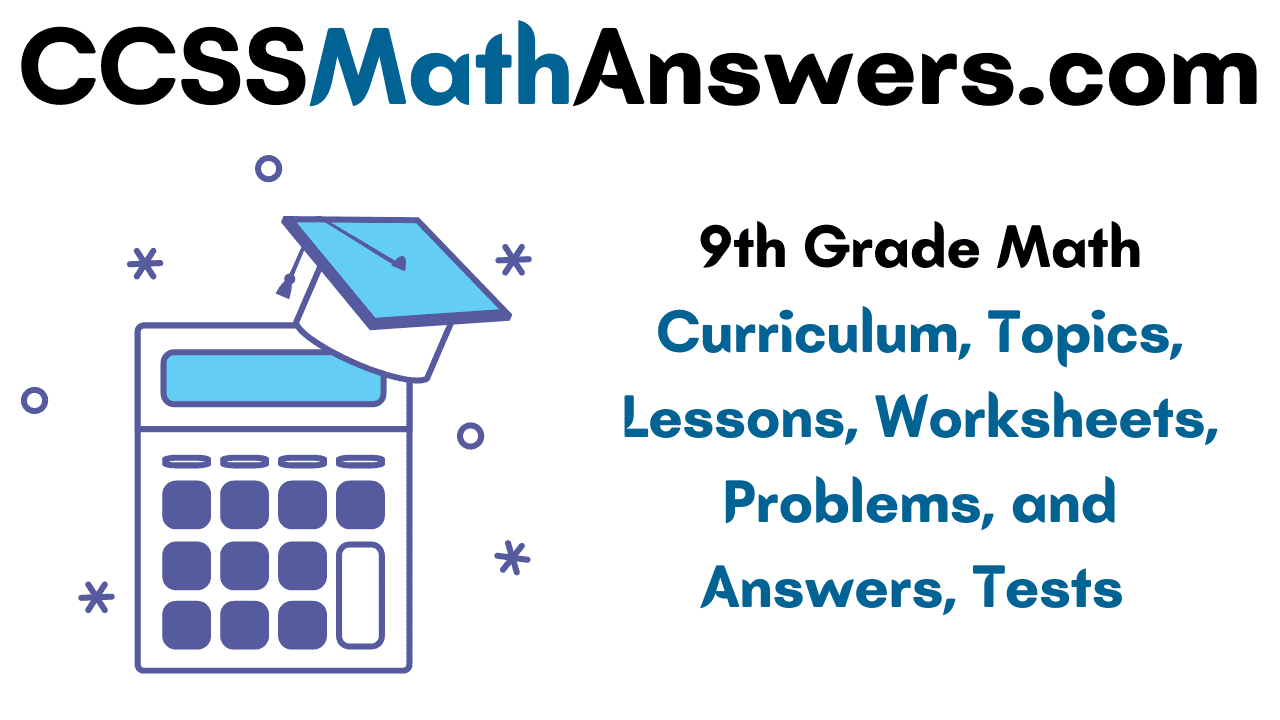 Trying to figure out a perfect source online so that your kid can learn Math. Look no further as you have landed on the right place and your kid will excel in math rather than learning. We at ccssmathanswers take every effort and utmost care so that your kid will grow. 9th Grade Students can find all the concepts as per the Common Core State Standards Curriculum. You can learn the Math Concepts in the comfort of your home. 9th Grade Math Topics will emphasize a conceptual understanding rather than repetitive drills.

We develop a visually intuitive learning system and provide you world-class education right from your home itself. You can enhance your math proficiency by consistently practicing from the Grade 9 Math Pages available. In fact, our Grade 9 Math Worksheets help you test your knowledge and bridge the knowledge gap accordingly. Once you start solving the 9th Grade Textbook Solutions you will witness the Mathemagic happen. Simply click on the direct links available for corresponding topics and allot time to the areas you feel difficult.

Expansion of Powers of Binomials and Trinomials

Changing the Subject of a Formula

The comprehensive collection of Ninth Grade Math Topics listed here focuses on the below areas. They are as such

Why Choose our Grade 9 Math Curriculum?

Master the concepts of Grade 9 Math Lessons and learn the benefits of following the Ninth Grade Math Curriculum. They are as under

We as a team believe the knowledge shared about Grade 9 Math is true and genuine. Do leave us your suggestions via the comment section so that our experts can look into them. Stay connected to our site to avail latest information on Gradewise Math Topics at your fingertips.